– a fan said. “Just have a look at their large number of instruments.”

The musicians succeed in uniting craziness and harmony by a blend of folk traditions, archaic sounds, jazz, electronics, pop, classical music and even yodeling – which results in a new, sparkling und powerful style: 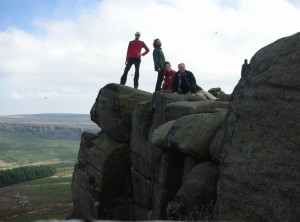 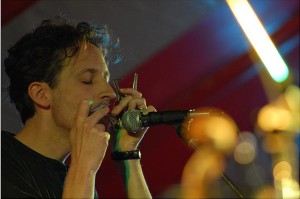 Sunny boy Albin embraces enthusiastically everything which is weird, unusual or unknown – that way exploring new territories: The breath-taking jaw’s harp, all kinds of bagpipes (rocking the audience with psychedelic Hendrix rock-solos), but also the refined and tricky alpine drone-music from ancient times. Since his childhood he has aimed at liberating yodeling from its lederhosen image and giving it a new role in the modern world. His sacred mission: Unmasking clichés!

His family is Austrian, but Albin Paulus grew up in Germany. As a boy he studied the clarinet, but soon displayed great talent as a multi-instrumentalist and instrument tinker. After studying musicology in Vienna and Cremona (Italy) he soon became well-known as a “maultrommel” virtuoso (he was the first to record all Jaw’s Harp Concerts by J.G. Albrechtsberger, an album produced by the Austrian Broadcasting Company), but also as an innovative bagpipe player and outstanding yodeler. In 1997 and 2005 he was laureate at the bagpipe contest in Saint Chartier. Other musical projects: Schikaneders Jugend(18th century pop music), Cantlon (music of the Celtic Iron Age). As a guest musician he worked for Unicorn (Austria) and Ensemble Baroque de Limoges (France). Furthermore, Albin Paulus is Austria’s first official bagpipe teacher at the Vienna Music School.

Far far away, behind the word mountains, far from the countries Vokalia and Consonantia, there live the blind texts. Separated they live in Bookmarksgrove right at the coast of the Semantics, a large language ocean. A small river named Duden flows by their place and supplies it with the necessary regelialia. It is a paradisematic country, in which roasted parts of sentences fly into your mouth. Even the all-powerful Pointing has no control about the blind texts it is an almost unorthographic life One day however a small line of blind text by the name of Lorem Ipsum decided to leave for the far World of Grammar.

The Big Oxmox advised her not to do so, because there were thousands of bad Commas, wild Question Marks and devious Semikoli, but the Little Blind Text didn’t listen. She packed her seven versalia, put her initial into the belt and made herself on the way. When she reached the first hills of the Italic Mountains, she had a last view back on the skyline of her hometown Bookmarksgrove, the headline of Alphabet Village and the subline of her own road, the Line Lane. Pityful a rethoric question ran over her cheek, then

People say he is the most mysterious band member. Although his instruments are not that exotic compared to the ones played by the other Palotians. But watch and listen: Jazz solos garnishing Haydn tunes, powerful and spicy bass lines, subtle piano sound – this is Nag, as he is called by friends and fans.

Peter studied and jammed in Boston, was taught human beat boxing by a Romanian boy living in the streets, and he easily switches between metal, rap, programming and composing. A daring and brilliant visionary who prefers taking a back seat on stage – with an aura of coy elegance. His mission: Put things into a nutshell!

Born in Lower Austria. As boy he studied the piano, but soon he turned to the saxophone and jazz. Nevertheless, Nag could not resist the temptation to play bass and keyboard – and explore the worlds of rock, hip hop, funk and hardcore. He studied the saxophone at the Hauer Konservatorium Wiener Neustadt, at the University of Vienna (his teacher was Wolfgang Puschnigg) and at the Berklee College of Music in Boston (USA). Peter composed the hip-hop-independent-musical “Rattengift” (“Rat Poison”) and above all a large number of outstanding tunes for his jazz bands Peter Natterer Quartett and Global Glue. Nag also works as a teacher (jazz and classical music) in a Lower Austria Music School. 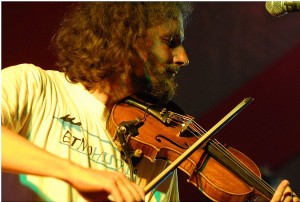 The imperturbable observer and analyst lives in a world of perfect melodies and irresistible rhythms. With a knowing hand Stoney composes fine folk tunes that bubble out of his head and that connect tradition with the future. His persistent commitment is dedicated to the interconnectedness of all folkies whom he inspires as a versatile session musician. The band does not only benefit from Stephan’s musical talents, but also from his vast knowledge about electronic devices and the internet. His mission: To fathom the great World of Folk and to create something new – as beautiful and perfect as possible!

Born in Vienna. When he was a child, Stoney studied the violin and at the age of fourteen holidays in Ireland infected him with the folk virus. Soon he discovered how big the world of traditional music was – and how fascinating typical folk instruments were. Consequently, Stephan learned how to play the hurdy-gurdy, the accordion and the Swedish nyckelharpa. All self-taught! At the University of Vienna he studied church music and musicology. As a committed dance musician and folk music composer Stoney is considered to be one of the masterminds of Viennese folk. Which is proved by his activities for the Viennese Folk Marathon or the indispensable Austrian folk website Tradivarium. Other projects and bands: Harlequin’s Glance, Klika, Tempus Transit and more.

Hotel Palindrone was founded in 1995. In their early years it was Nupi Jenner, multi-instrumentalist and luthier, who strongly influenced the bands style and sound. The repertoire focused mainly on drone-music traditions from Western Europe. In 2000 Nupi left the band to dedicate himself to building instruments and to become a teacher at the renowned instrument maker department at the Hallstatt Woodwork College. Since then Hotel Palindrone’s staff has not changed: Steiner-Paulus-Natterer-Morrissey.

The bands continuous development was very successful: Hotel Palindrone were awarded several prizes at contests and for their CDs. More and more they performed at renowned festivals and concert halls. But such engagements don’t prevent the musicians from exploring new areas, from searching new sounds and styles, and expanding their repertoire.

This is proved by their project with Marialena Fernandes. In “Hotel Haydn” the Indian-Portuguese-Austrian pianist and Hotel Palindrone play Bach, Mozart, Haydn, Scarlatti and Bartok combined with world and folk music. Thus showing that those great composers were world musicians in the truest sense of the word.

But also their latest album “Jodulator” (two international awards) demonstrates where music is moving to: A pop hit meets traditional dance tunes, Joseph Haydn goes to Transylvania – and Jodulators tell us what the universe will look like in the year 3000. Their message: “All will be fine!” 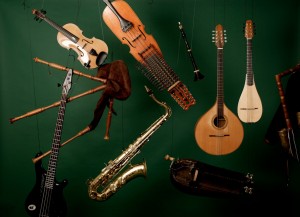 Attentively observing the stage, most listeners soon realize: the four musicians of Hotel Palindrone together are able to play more different instruments than most people would be able to recall from their memories.

The members of Hotel Palindrone indeed master an impressive multitude of instruments ranging from early to electronic. And they produce a wealth of sounds – from ancient to brand new and often spectacular, both with feeling and power and combined in intricate arrangements.

Instruments from many different families, eras, regions, well known as well as very rare ones are gathering on stage and having a big and merry party with the band:

Bach, Scarlatti, Haydn, Mozart, Bartok. Traditional music from the Alps to Scandinavia, from Galicia to the Balkans, from Brittany to the Apennine. Original compositions oscillating between classical music, folk, jazz and rock. And finally Konkani melodies: Indian-Portuguese songs from Goa and Mangalore.

Marialena Fernandes was born in Goa, and since 2009 she has appeared on stage with the world music band Hotel Palindrone. The musicians’ aim is to bring together musical genres which seemingly don’t belong together. So the pianist and the five multi-instrumentalists fall back on classical composers in order to highlight a very special aspect of their work: Joseph Haydn & Co as world musicians who picked up musical elements where ever they came from.

They did not shy away from traditional folk music and the pop culture of their times. The same holds true for dances and songs from other ethnic groups or nations, which is beautifully shown in Haydn’s Ongarese and Zingarese, his Scottish songs or the London Symphony No.104 integrating the Croatian song “Oj Jelena” as one of the main themes.

But Hotel Haydn’s musical repertoire goes far beyond the mélange of classical and folk music. European tunes have been joined by dances and songs from Marialena’s native country: Mandos, Dulpods and Deknis. A completely new experience for Western listeners who usually think about raga and sitars when Indian music is mentioned.

Hotel Haydn – an unusual concert with five outstanding musicians who inspire their audience not only by their virtuosity, but also by their charm and esprit!

Hotel Palindrone are regarded as the pioneers of the Austrian Balfolk-movement. From their very beginning they have not only inspired listeners, but also dancers. The band performed at many renowned dance festivals, such as Boomball Lovendengen and Gooikoorts (Belgium), Tanz&Folkfest Rudolstadt and Tanzhausfest Leipzig (Germany), Sidmouth Folk Week and Towersey Village Festival (Great Britain), Fête de la Vielle Anost and Festival Châtau d’Ars (France). Not to forget – with more than 10,000 fans – Sarawak Rainforest World Music Festival (Malaysia).

Vienna was missing in the international network of Balfolk, so the Palotians, encouraged by what they saw broad, decided to establish their own ballroom. Not easy in a city that is considered the world capital of classical balls. But it worked! Dance music across the centuries and various European cultures – not only for connoisseurs but also for beginners: Ballsaal Palindrone’s experienced instructors show them how to dance bourree, mazurka, cercle, waltz, schottishe, polka, kopenitsa, andro, reel and kolo.

Apart from Hotel Palindrone’s show, there are always guest bands – coming from all over Europe and bringing a particular flair to this unusual Viennese ballroom.

There are lots of possibilities: Want to learn yodeling or one some rare instruments like hurdy-gurdy, bagpipes, fiddle, mandola, jaw’s harp? Or you might want to expand your repertoire, be it Alpine or European or some fine danceable compositions by the band. Ensemble workshops are another possibility: for first steps into folk music as well as for experienced musicans. Or dancing bal folk (for experienced dancers, Hotel Palindrone also collaborate with different dancing masters). Or you might be interested in an exciting and entertaining lecture about special topics: instruments, music history, styles? And of course school workshops for all different ages.

All band members are experienced teachers, love working with groups and with individuals and have a deep and broad knowledge of different folk music traditions. Over time, the band has communicated folk music to audiences in workshops and lectures in Austria, England, Malaysia, Germany, Sicily, Latvia, the Netherlands or Scotland.